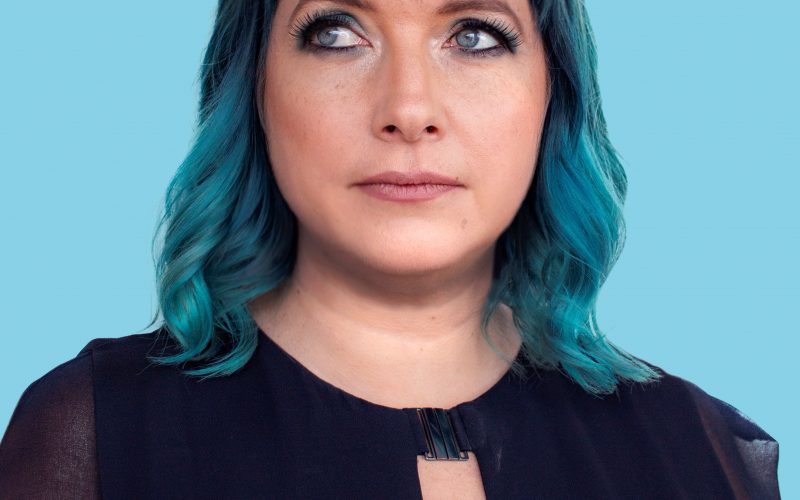 We are delighted to announce that leading SF author, Lauren Beukes has joined our film challenge jury.

Lauren is an award-winning and internationally best-selling South African author whose work includes; The Shining Girls, Zoo City and Afterland. Her novels have been published in 24 countries and are being adapted for film and TV. She’s also a comics writer, screenwriter, journalist, and documentary maker.

Her comics work includes the original horror series, Survivors’ Club with Dale Halvorsen and Ryan Kelly and the New York Times best-selling, Fairest: The Hidden Kingdom a Japanese horror remix of Rapunzel with artist Inaki, as well as the Trouble With Cats, a Wonder Woman short set in Soweto with Mike Maihack.

Her work has been hailed by the likes of Stephen King, Gillian Flynn, George R.R. Martin. She has won several awards over the last ten years, including The Arthur C Clarke Award, The University of Johannesburg Prize, the Strand Critics Choice Award, The Kitschies Red Tentacle, The August Derleth Prize, RT Thriller of the Year, Exclusive Books Booksellers Choice Award and the prestigious Mbokodo Award for women in the creative arts from South Africa’s Department of Arts and Culture.

She’s given talks on storytelling at tech conferences and literary festivals around the world, including Design Indaba, TEDx Johannesburg, Webstock and D-Construct. Lauren has also spearheaded charity art show fundraisers for all her books, raising R100 000 for RapeCrisis and R350 000 for kids lit org, Book Dash.

When she’s not travelling for research from Detroit to Zagreb, Port-au-Prince to Antarctica, she lives in Cape Town, South Africa with her daughter and two troublesome cats.

Want to take part in the challenge?  Visit our dedicated site and sign up!