‘ROBBY THE ROBOT’S WAITING: THE SCI-FI PODCAST’ COMES TO SCI-FI-LONDON

Does science fiction need to be scientifically accurate? More importantly, is Galaxy Quest as good as you remember? These two essential questions will be answered live as sci-fi journalists Dave Bradley, Tanavi Patel and Richard Edwards bring their geeky chat – and a couple of guests – to SCI-FI-LONDON this December.

In this first-ever live version of the podcast, the trio discusses how much science you need in your sci-fi, and then wind down with their regular “Rewind” segment, this time looking back at 1999’s satire Galaxy Quest. By Grabthar’s Hammer, you shall be entertained! 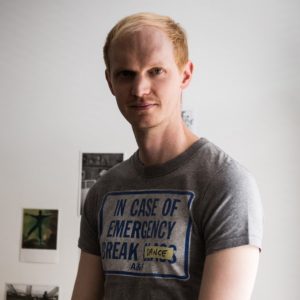 The special guest for this show is Josh Winning.

Joshua is a senior film writer at Radio Times. He is contributing editor at Total Film magazine, writer at SFX and Den of Geek, and the co-host of movie podcast Torn Stubs. He has been on set with Kermit the Frog (and Miss Piggy), devoured breakfast with zombies on The Walking Dead, and sat on the Iron Throne on the Dublin set of Game of Thrones. He dreams of one day convincing SigourneyWeaver to yell “Goddammit!” at him.

Richard Edwards
A film and TV journalist and former editor of SFX magazine, Richard is a freelance journalist and editor, lapsed physicist, pretend Welshman and co-host of Robby The Robot’s Waiting: The Sci-Fi Podcast.

Tanavi Patel
An entertainment reporter for SFX and Digital Spy, panel moderator for MCM, FanExpo and more, Tanavi is a nerd at heart, a traveller, and co-host of Robby The Robot’s Waiting: The Sci-Fi Podcast.

Dave Bradley
A writer, book reviewer and a former editor of SFX magazine, Columbo connoisseur Dave is now often glimpsed at games industry conventions, and is co-host of Robby The Robot’s Waiting: The Sci-Fi Podcast.

Catch up on the podcast series here or at your fav’ podcast platform.